Media surveys of public opinion on copper-nickel mining proposals are infrequent. For the first time in several years, Minnesota voters were asked their opinion on the PolyMet and Twin Metals Minnesota copper-nickel mine proposals in northern Minnesota. A majority of Minnesota voters surveyed believe that Governor Walz should move on from PolyMet and over 60% think that sulfide mining should be prohibited where pollution could affect the Boundary Waters Canoe Area Wilderness.

A majority of Minnesotans agree Gov. Walz should Move On from PolyMet. 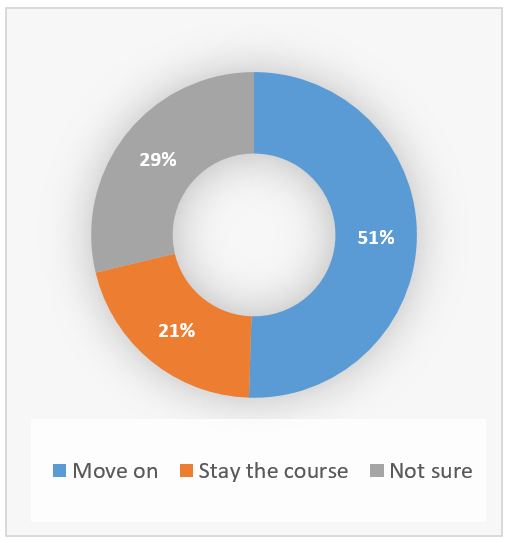 The PolyMet copper-nickel mine proposal has had all four of its major permits rejected or suspended by the courts. Do you think Governor Tim Walz should move on from PolyMet and propose a different economic development plan for the area, or do you think he should stay the course on PolyMet and continue to defend the company’s application?

51% think Governor Tim Walz should move on from PolyMet and propose a different economic development plan for the area.

21% think he should stay the course on PolyMet and continue to defend the company’s application.

Minnesotans are unsure about PolyMet, but when they get information about the proposal, they turn strongly against it.

Glencore, the owner of PolyMet, has had employees convicted of bribery and corruption, the vast majority of Minnesotans say we shouldn't do business with a company like that.

Nearly half of Minnesotans agree, upstream dams should be banned. 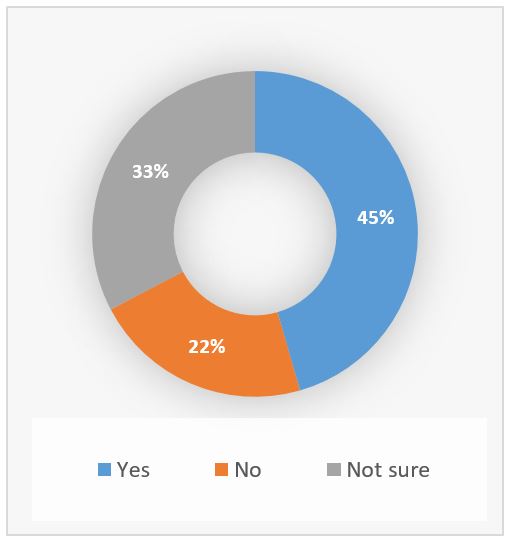 After several mine dams collapsed, killing hundreds of people, the countries of Brazil, Chile, and Peru banned mine dams constructed using an “upstream” method, where the dam is raised over time using waste rock from the operation. Do you think Minnesota should ban upstream mine dams, or not?

Minnesotans oppose hundreds of years of pollution in exchange for 20 years of copper-nickel mining operation. 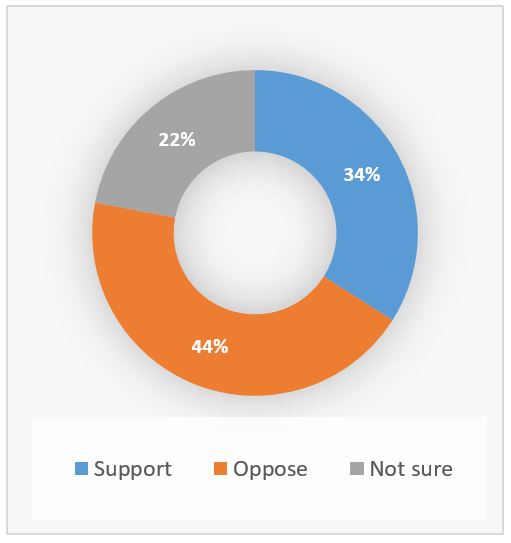 Minnesota voters have nearly identical opinions about the Twin Metals Minnesota mine proposal near Ely as the PolyMet mine, and they strongly support protecting the Boundary Waters from pollution with 61% supporting prohibiting mining where pollution could enter the wilderness. 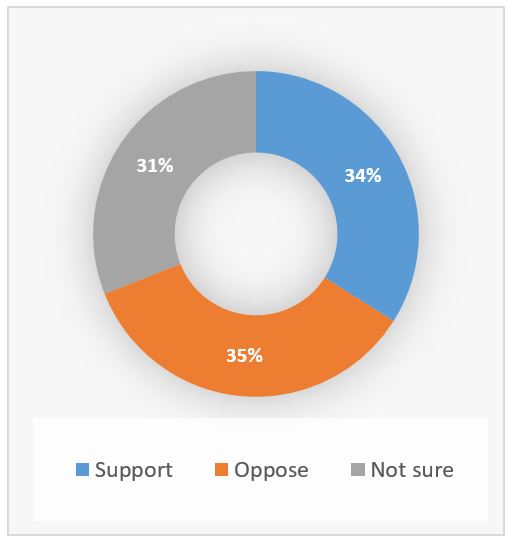 Twin Metals is a proposed copper-nickel mine in northeastern Minnesota near Ely, upstream of the Boundary Waters Canoe Area Wilderness. Based on what you know, do you support or oppose the Twin Metals copper nickel mine? 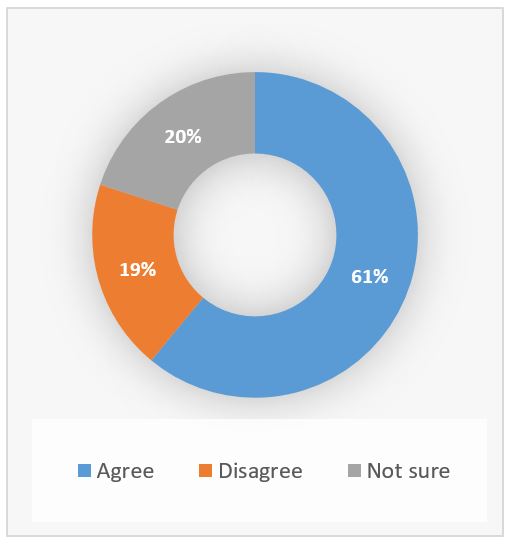 A few years ago, new mining was prohibited in an area around the Grand Canyon to protect its waters from pollution. Some people say that mining should be prohibited in areas where polluted runoff could enter the Boundary Waters Canoe Area Wilderness. Do you agree or disagree with that statement?

"Prove it first" legislation that would place a moratorium on copper-nickel mine until it can be proven that a similar mine has operated and closed without polluting is very popular - only 15% oppose it, versus 57% support. 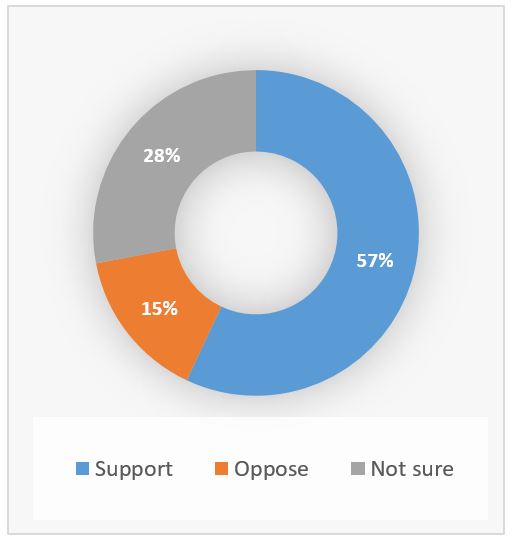 Legislation called “Prove it First” has been introduced in Minnesota requiring independent scientific proof that a copper-nickel mine has operated elsewhere in the US for at least 10 years without causing pollution and that the mine has been closed for at least ten years without causing pollution before allowing such a mine in Minnesota. Do you support or oppose this legislation?

A majority of Minnesota voters support taking climate action. The survey found that adding greenhouse gas emissions to environmental studies of proposed development projects was supported by 54% of respondents. 55% support the Next Generation Climate Act, which would update Minnesota's greenhouse gas targets to match the international scientific consensus on the reductions necessary to avoid the worst impacts of climate change. 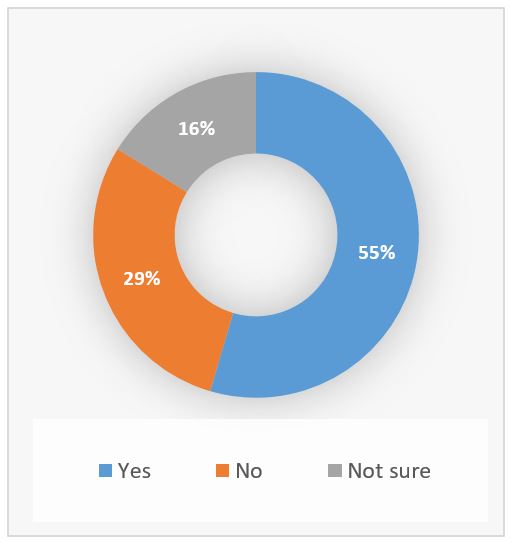 Do you think all projects proposed in Minnesota large enough to require an environmental study should include a section on the greenhouse gas pollution the project would emit and how to decrease that pollution, or not? 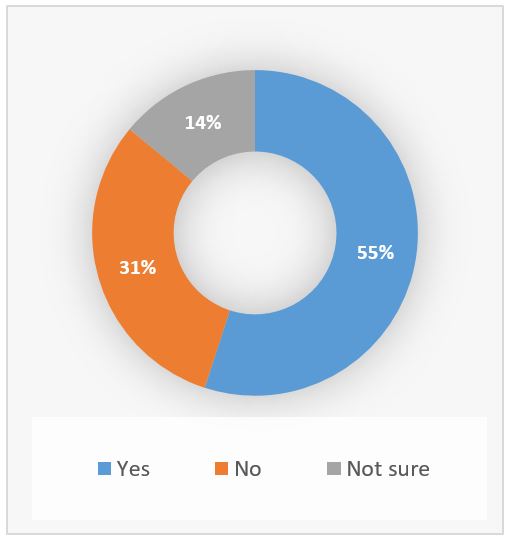 Minnesota set bipartisan greenhouse gas reduction targets in 2007, based on the best scientific guidance at the time. Since then, the international body of climate scientists has set more aggressive targets based on new data. Do you think Minnesota should update its greenhouse gas reduction targets to be consistent with the current targets of the international scientific community, or not?

Nearly 3 in 4 Minnesota voters surveyed support reauthorizing the Environment and Natural Resources Trust Fund and maintaining or increasing the percentage of lottery profits dedicated to environmental projects. Only 18% believe that amount should be reduced and allocated to something else. The result is nearly identical to the vote in favor of establishing the trust fund with lottery profits, which was also over 70%. 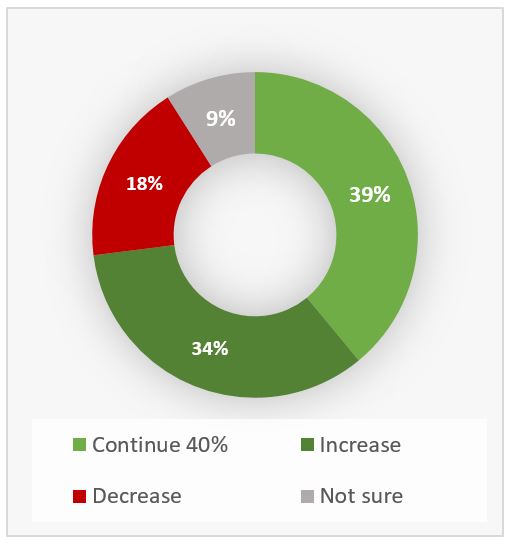 A plurality of Minnesota voters support capping the size of new dairy proposals in Minnesota. In the past decade, hundreds of small dairies have gone out of business, while the average size of dairy operations has grown substantially. 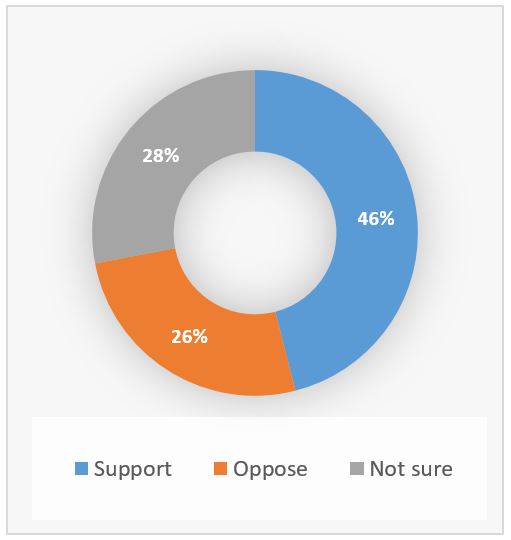 Dairy operations in Minnesota have grown significantly, and a bill at the Minnesota Legislature has proposed placing a cap on the size of Minnesota dairy farms at a maximum of 715 dairy cows. Advocates for the bill say that large dairies are driving small family farms out of business, while opponents say that the dairy industry must grow to survive. Based on what you know, do you support or oppose this legislation? 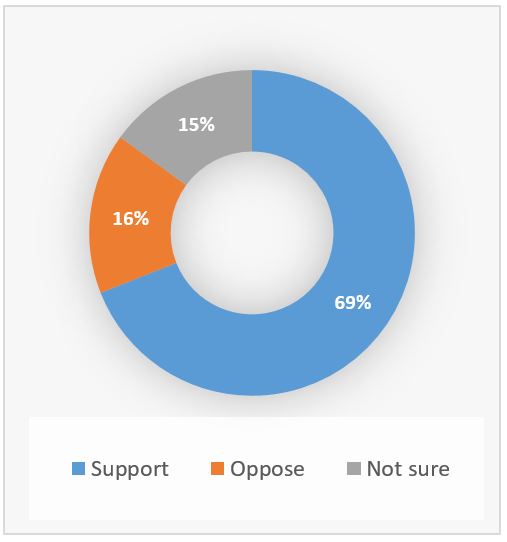 Minnesota lakes are increasingly polluted with salt or chloride that come from applications to melt ice in the winter. Legislation encouraging smarter salting and limiting the liability of businesses who complete a course on safely avoiding the overuse of salt has been proposed in Minnesota. Based on what you know, do you support or oppose this legislation?

662 Minnesota voters were surveyed by landline and text on September 23-24 (margin of sampling error +/-3.8%) by Public Policy Polling (PPP), Raleigh, North Carolina. PPP holds an A- rating from poll aggregator Fivethirtyeight.com. The survey asked questions on an array of Minnesota environmental issues, this release is a portion of the full questionnaire. The full questionnaire and cross-tabs will be released next week, after release of all of the sections of the poll. Full question wording, the order the questions were asked and demographic cross-tabs are available for each section of the poll. Survey was paid for by Minnesota Center for Environmental Advocacy.