Protecting Minnesota from PolyMet’s dangerous mine and dam

Key legal issues with the permits include:

The DNR permits issued to PolyMet would allow the company to build and operate a sulfide mine without a true plan for closure and reclamation. Minnesota law prohibits mining without reclamation and restoration of natural resources.

Instead of requiring PolyMet to drain and reintegrate mine tailings basin into the environment, the DNR permits would allow PolyMet to maintain a lake of polluted water on a permanent basis with pollution control provided by an untried scheme involving an application of bentonite clay. Minnesota law prohibits reliance on untested schemes.

The DNR permits would allow PolyMet to use a deteriorated 50-year old taconite mine dam as a “starter dam” for a larger dam that would be used to hold back millions of tons of reactive mine waste tailings and polluted water -- in perpetuity. Minnesota law prohibits DNR from approving a dam that has no plan for closure.

The DNR permits would allow PolyMet to build a dam using the “upstream” method, a method that other countries (such as Brazil) have banned because upstream dams fail at a high rate, causing extreme environmental destruction and loss of life. Minnesota law prohibits DNR from approving a dam that does not follow current environmental standards.

There have been fundamental problems with DNR’s process as well. Most importantly,  before issuing the PolyMet permits DNR denied all requests that it hold a contested case hearing -- a process that would allow all sides to present expert testimony -- including on key issues such as the dam, and whether a better method of mine tailings disposal was available that would pose less of a threat to Minnesota’s environment and people. We challenged DNR’s decisions to deny a contested case hearing before issuing the permits. After the tragic collapse of a dam of similar design in Brumadinho Brazil, where close to 300 people lost their lives, this neutral court hearing is more important than ever. 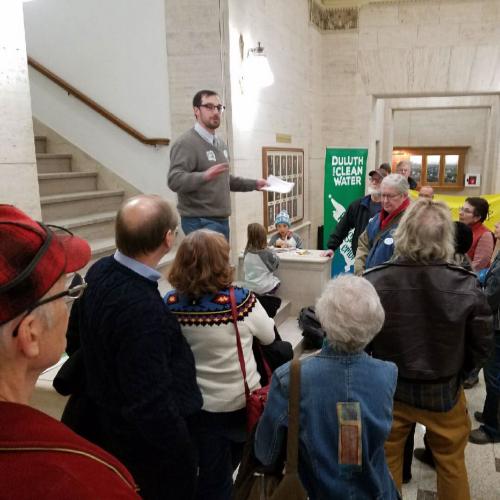 We hope that the DNR does the right thing and addresses the disputed dam design in these proceedings. We've had this request now going on five years, and the DNR and Governor Walz continue to have the ability to support this needed step at any time. Dams like this are failing around the world. It is incredible that evidence about this still hasn’t been made available in a court setting. We'll continue to push for it.

DNR notices the required contested case hearing, but declines to add issues that we feel are critical to downstream communities, such as whether PolyMet’s dam design should be allowed. Our lawyers are fighting to get DNR to add these issues to the hearing, and to ensure other critical evidence can be submitted. Meanwhile, we are asking the Governor to Move On From PolyMet, because there are better options to support the communities of northeast Minnesota.

Court remands Permit to Mine back to DNR

The Minnesota Supreme Court held that the DNR should have convened a contested case hearing on a key part of PolyMet's plan to manage pollution from its tailings basin, and that DNR erred in not establishing a fixed term based on when reclamation will be complete. [The Court said DNR must hold a hearing on "bentonite," and that it may include other issues which also remain in dispute--such as dam safety--in the hearing as well.] DNR must hold the hearing and make a new decision based on the hearing record.

MCEA attorney Ann Cohen represented MCEA and our clients at the Minnesota Supreme Court.  After the argument, the DNR attempted to bolster its weak case by asking the Court to consider some new documents that DNR had failed to include in the administrative record. We opposed this motion. On November 16, 2020, the Court denied DNR's request in a strongly-worded order that used DNR's own words against it.

After petitions from the Minnesota Department of Natural Resources and PolyMet, the Minnesota Supreme Court agrees to review the case.

PolyMet and the Minnesota Department of Natural Resources each request that the Minnesota Supreme Court review the Court of Appeals decision.

Minnesota Court of Appeals rules for MCEA, overturns permits and orders a contested case hearing to establish the facts

In a unanimous decision, the Minnesota Court of Appeals finds that the Minnesota DNR should have ordered a “contested case hearing,” an administrative trial in front of a judge, before issuing the permits. They overturned the permits and directed the DNR to hold that trial before making decisions on these permits.

Oral argument at the Court of Appeals

MCEA attorney Ann Cohen represented us and our clients at the Court of Appeals. Audio of the oral argument is available at this link. In addition to the main arguments of the case, the Court also heard arguments about continuing the stay issued in September 2019. One day after the oral argument, the Court continued the stay until they issued their decision.

After the deadly collapse of the Brumadinho, Brazil dam that was a similar design to PolyMet’s proposed dam, MCEA and our partners asked DNR to reconsider their permits in light of new evidence.

MCEA appeals permit to mine and dam safety permit

Under Minnesota law, people and organizations have 30 days after the issuance of a permit to appeal. The appeal goes to the Minnesota Court of Appeals and starts months of briefing where lawyers on all sides submit briefs on the case to the Court.

DNR Commissioner Tom Landwehr issues three permits to PolyMet for their proposed mine - a permit to mine and two dam safety permits. This comes after years of environmental review with record numbers of public comments opposed to the proposal, and serious concerns about the pollution and safety of the mine proposal. 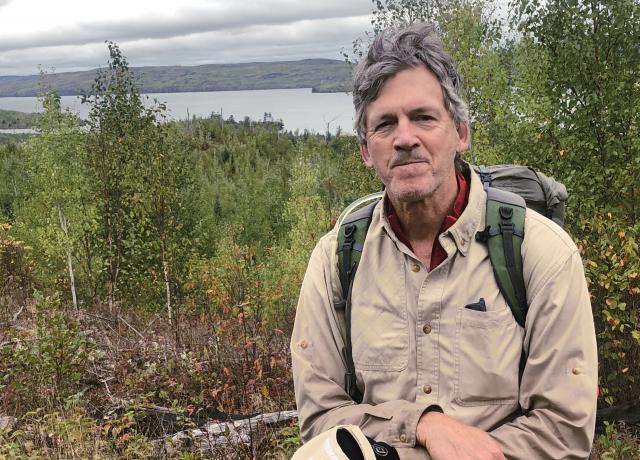 MCEA Board Member Ron Sternal on why he's a donor:

"It’s personal. I give to MCEA because I’m angry. I’m angry that the regulatory agencies that are supposed to keep my water clean, my air sweet, and my environment healthy are not doing the job.  The lawyers at MCEA are my last chance to stop the polluters; hold our regulatory agencies accountable and talk sense to our elected officials. State wide, and across all environmental issues, my donations to MCEA maximize my impact, and my psychic reward that they’re not going to get away with it. I can fight back!"