A code red for humanity 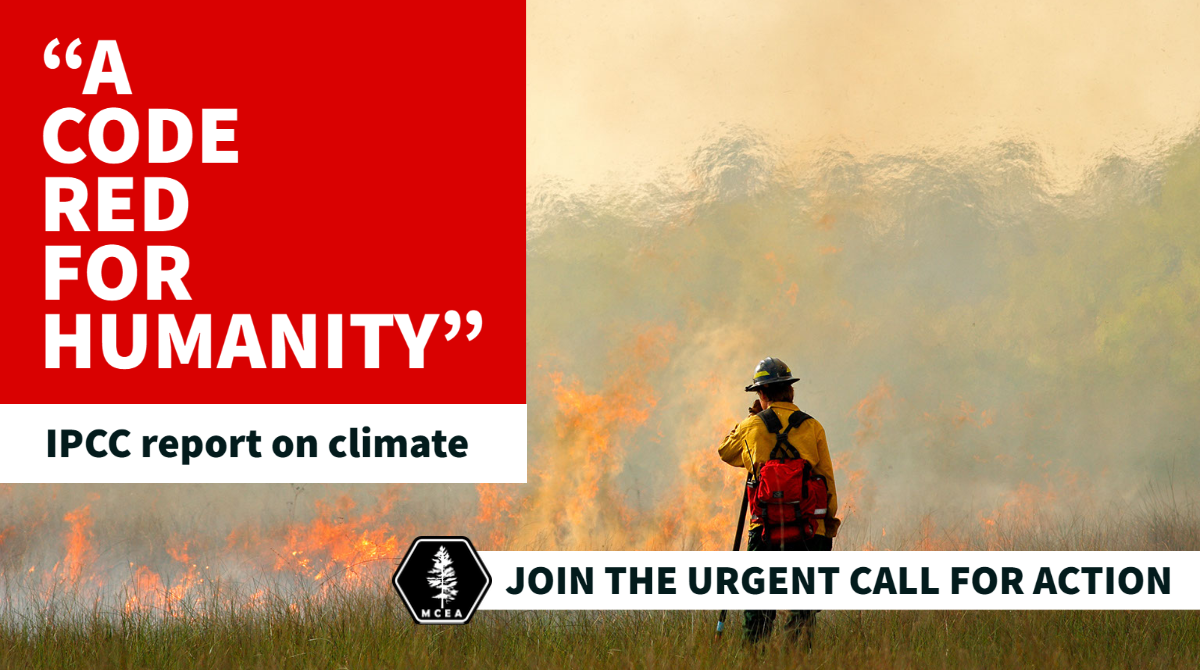 MCEA is on the front lines of this effort, and we need you to join us. Starting today, we will be sending out a sweep of actions you can take to help address the crisis.  Here’s the first.

If you’re not familiar with it, the IPCC is the premier group of climate scientists whose findings are endorsed by the world’s governments. Its latest report is the most significant and robust review of the science of climate change since its 2013 report.

In other words, what it says matters, and should be heeded.

The IPCC makes clear that if we cut emissions in half by 2030 and reach net zero emissions by the middle of this century, we can halt and even reverse our heating climate. This means we must dig deep and demand bold, decisive and immediate action by our leaders at all levels -- local, state and federal -- now.

The full IPCC report can be accessed here. For a summary, check out the following news stories (New York Times and BBC) that MCEA staff found useful.

It’s easy to be overwhelmed in this moment. But we are in this together, and we are not powerless. The best thing to do in response is to organize and work together, and that starts by taking one step at a time.

Here’s one - take this action today to end Minnesota’s reliance on the Coal Creek power plant, and look out for more actions related to climate change later this week and next. 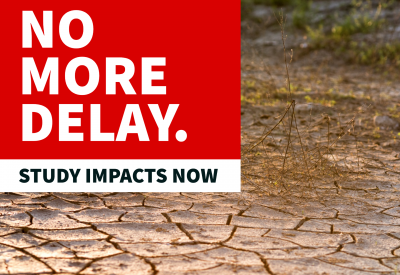 No more delay in addressing climate in environmental review

For four years we've waited for the Environmental Quality Board to move forward on climate change in Minnesota's environmental review program. Join MCEA and say "no more delay." 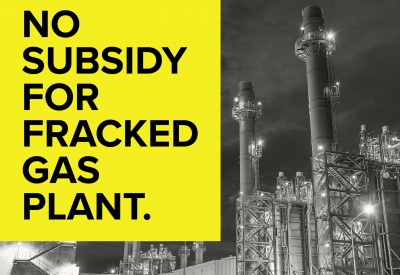 Tell President Biden and your Senators: no subsidy for NTEC gas power plant

President Biden promised no subsidies for new fossil fuel projects when he took office. Ask him to live up to this promise and deny a federal loan for the NTEC gas power plant proposal.