PolyMet’s real plan - at least if you believe what it tells its investors - is to build a bigger mine. PolyMet even had their consultants analyze a version of the mine plan that would mine four times faster than their permitted capacity. PolyMet’s processing plant (formerly operated by LTV Steel) would have the potential to crush and process over 100,000 tons of ore per day, yet the Minnesota Pollution Control Agency (MPCA) issued PolyMet’s air pollution permit assuming PolyMet will use less than a third of that capacity.

Why does this matter? By ignoring PolyMet’s true plans, MPCA granted a permit to PolyMet to operate without the “best available control technology” on air pollution. That means they required less protective standards in the permit, and based that decision on PolyMet’s promise to not use the full capacity of the plant they own.

MCEA appealed to stop this bait-and-switch scheme and won an unanimous opinion at the Minnesota Court of Appeals overturning the air pollution permit. On February 24, 2021, the Minnesota Supreme Court issued a mixed opinion, reversing in part and sending the matter back to the Court of Appeals to consider whether PolyMet knowingly submitted false or misleading information to the MPCA in violation of state permitting law during the review process. PolyMet remains on hold pending the review of this and the related permits, and cannot operate without a valid air pollution permit.

On February 24, 2021, the Minnesota Supreme Court issued a mixed opinion, reversing in part, and sending the matter back to the Court of Appeals to consider whether PolyMet knowingly submitted false or misleading information to the MPCA in violation of state permitting law.

On April 21, PolyMet and the State of Minnesota each request that the Minnesota Supreme Court review the Court of Appeals decision.

Minnesota Court of Appeals rules for MCEA, remands permit to agency for investigation

Oral argument at the Court of Appeals

MCEA attorney Evan Mulholland represented us and our clients (Sierra Club, Center for Biological Diversity and Friends of the Boundary Waters Wilderness) at the Court of Appeals. Audio of the oral argument is available at this link.

Under Minnesota law, people and organizations have 30 days after the issuance of a permit to appeal. The appeal goes to the Minnesota Court of Appeals and starts months of briefing where lawyers on all sides submit briefs on the case to the Court.

In his last few days as MPCA Commissioner, John Linc Stine signs the air pollution permit for PolyMet. PolyMet is issued a “synthetic minor” permit, in which PolyMet agrees to limit their operations to a certain level and less protective standards are included in the permit.

MCEA attorney Evan Mulholland sends a letter to MPCA detailing evidence that PolyMet is planning a much larger mine than what is being considered for an air pollution permit. In December, a follow up letter is sent after the agency fails to respond. Six days after the second letter, MPCA replies with a short letter denying the request to investigate.

Learn more about all of the PolyMet cases on our web resource: 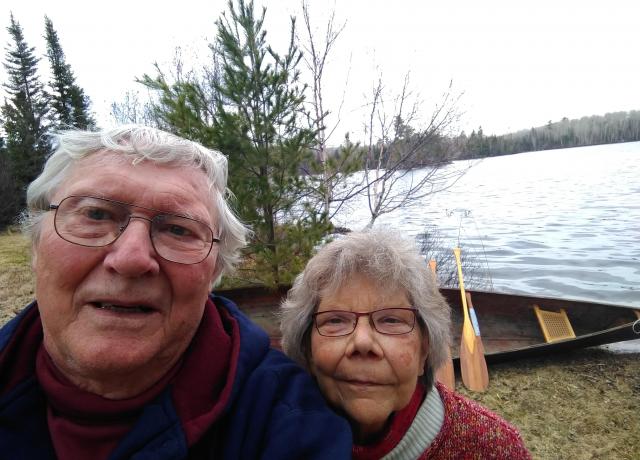 BOB AND PAT TAMMEN ON WHY THEY SUPPORT MCEA:

"Last winter Pat and I sat in a Saint Paul courtroom and watched MCEA defend our clean water from the mining industry.  The environmental victory brought joy to our retirement years.

That's why we give."