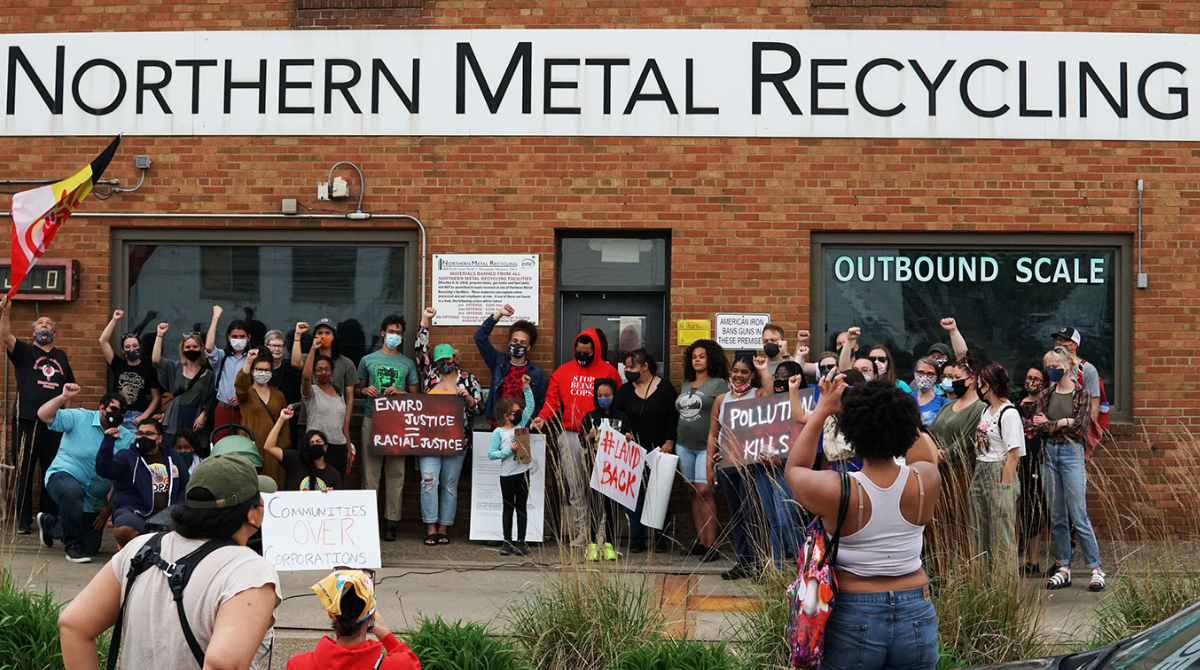 Northern Metals’ facility, located on the banks of the Mississippi River in north Minneapolis, is among a number of industrial facilities that pollute the air of nearby residents. The 55411 zip code where the Minneapolis plant is located has the highest rate of asthma hospitalizations in Minnesota - five times the average. The primary pollutants from the metal shredder were heavy metals and fine particles (PM 2.5) that can cause and trigger asthma. This is a textbook example of environmental injustice, and when MCEA was approached by local residents in Community Members for Environmental Justice (CMEJ) in 2019, we took the case.

We intervened in the case on behalf of the community, and argued for an immediate shutdown of the facility to comply with an earlier consent decree agreed to by the company. Pressure from the Minnesota Pollution Control Agency, local residents, elected officials and the City of Minneapolis helped, but the court ruled that a delay in opening a new facility meant Northern Metals could continue to operate. Then a whistleblower who worked at the plant came forward with evidence that pollution control equipment was not working properly and that the company submitted false reports to state regulators. This news broke the logjam, and led to Northern Metals agreeing to shut down the Minneapolis shredder once and for all on September 30, 2019.

The fire at Northern Metals’ new shredder in Becker, Minnesota brought the issue back in front of the courts in February 2020. MCEA continued to represent CMEJ in a quest to prevent a similar fire at the Minneapolis facility, which was being used to store cars in an unsafe manner.

Images from the May 18th, 2021 Community Intervention 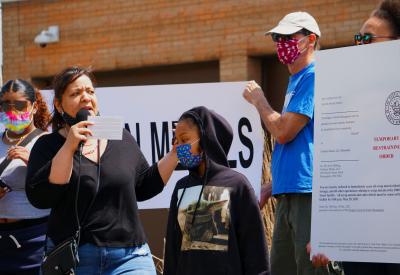 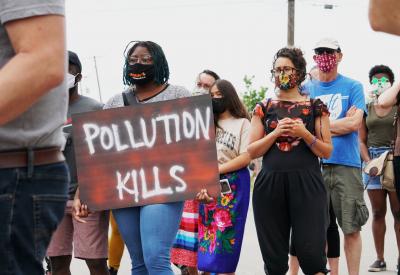 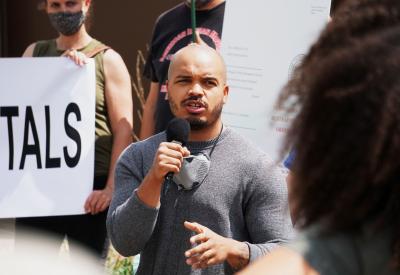 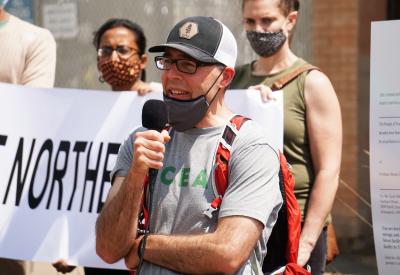 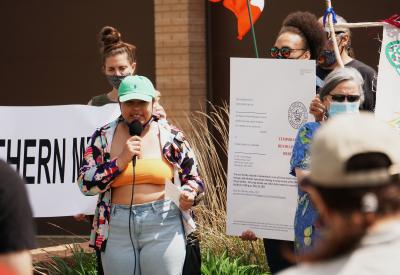 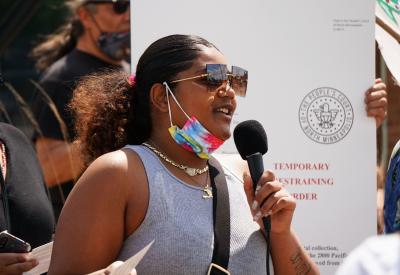 Nearly every City Council member, and many Mayoral, City Council, and other local office candidates sign on to a letter laying out 4 central demands about Northern Metals that represent, "the beginning of a long road to justice for community members in North Minneapolis."

Community members and local leaders gathered outside of the Northern Metals facility in North Minneapolis to demand accountability and action.

Another fire ignites at the Northern Metals scrapyard in North Minneapolis

The facility may have been in violation of the City's fire code.  MCEA attorneys are investigating. Click here to read the fire incident report.

Northern Metals challenges the authority of the MPCA in district court, MCEA represents Community Members for Environmental Justice and argues for a shut down until dangerous conditions are addressed. Judge John Guthmann overturns the ban and allows Northern Metals to receive junk cars in Minneapolis.

Employee at Northern Metals comes forward with evidence that the company has been submitting false reports from pollution control equipment to the MPCA.

Community Members for Environmental Justice retains MCEA to represent community interests and to enforce the terms of the consent decree. Ramsey County District Court approves intervention by CMEJ and MCEA.

Agreement includes commitment to shut down north Minneapolis shredder by August 2019, in exchange for state commitment to expedite permitting for a new shredder in Becker, Minnesota.