Agricultural drainage practices have transformed the landscape, rivers, and streams across much of Minnesota. Drain tile quickly moves water off the land, drainage ditches quickly move that water to rivers, and quick-rising rivers erode their banks. In Renville County, 90% of the rain that falls is in the Minnesota River within 48 hours. The elimination of wetlands that store water and slow its movement have dramatically changed the landscape.

Limbo Creek is one of the last free-flowing, unditched streams in Renville County. It meanders across the landscape, compared to the straightened ditches whose primary purpose is to move water as quickly as possible. It’s also appropriately named - Limbo Creek’s legal status is literally in limbo. Despite meeting the definition of a “public water,” Limbo Creek has been omitted from the Public Waters Inventory, the list of streams and rivers kept by the State of Minnesota. This means Limbo Creek is vulnerable to becoming a ditch, without the need for a public waters work permit.

Limbo Creek has been proposed for ditch projects several times, going back to the 1970’s. But a new proposal to ditch Limbo Creek and expand its capacity to sluice water quickly to the Minnesota River has emerged. MCEA has worked with farmers, adjacent landowners, and local conservation groups to push for listing Limbo Creek as a public water, and to prevent another addition to the erosion problem in the Minnesota River valley. This erosion is damaging and expensive. In just one example, the City of Mankato is incurring over $10 million in expenses to prevent a major city well from being swallowed by an eroding riverbank.

Watch the full five-minute video to learn more about our work with local residents to protect Limbo Creek - and why it matters.

LISTEN TO THE PODCAST

Or read a transcript of the podcast

MCEA is preparing for oral argument challenging Renville County’s decision to deny an EAW on the basis that Limbo Creek - a public watercourse - is not entitled to public waters protections.

Environmental groups, downstream communities, and the Minnesota Department of Natural Resources asked to be "friends of the Court" supporting MCEA and its clients position that Limbo Creek is a public water.

The County and the Project Proposers filed a Petition for Writ of Certiorari, asking the Minnesota Supreme Court to grant review.

The Association of Minnesota Counties and agricultural groups asked to be "friends of the court" and encouraged the Minnesota Supreme Court to take the case.

The Court of Appeals reversed and remanded for the County to create a mandatory EAW.

The Court of Appeals reversed and remanded for the County to create a mandatory EAW. The Court concluded “the [C]ounty erred by deciding that, because the upper reach of Limbo Creek does not appear on the DNR’s PWI list, it is not a public water.” The Court reasoned that the “public waters” definition is “plain and unambiguous. Nothing in the statutory definition makes qualifying as a ‘public water’ dependent on a water’s inclusion on the DNR’s PWI list or map.” The Court further concluded based on the evidence in the record that Limbo Creek meets the Statutory Definition and there was “no basis to remand for the county to apply the correct statutory definition.”

Oral argument on appeal of Renville County's refusal to perform environmental review for a project that would permanently channelize Limbo Creek - a public watercourse.

MCEA presented oral argument at the Minnesota Court of Appeals challenging Renville County’s decision to deny a citizen petition for environmental review on the basis that Limbo Creek - a public watercourse - is not entitled to public waters protections. An opinion from the court will be released in 90 days.

In a separate lawsuit, MCEA sued Renville County in district court for violating the Minnesota Environmental Rights Act (MERA) by approving a project that threatens Minnesota’s natural resources. In the complaint, MCEA asked the district court to issue an injunction to stop the project from proceeding.

On December 18, 2020, MCEA appealed Renville County’s decision to approve the proposed ditch project without performing environmental review. At the Court of Appeals, MCEA will argue that the County violated the Minnesota Environmental Policy Act (MEPA) when it refused to study the environmental impacts of the proposed ditch on Limbo Creek. DNR has repeatedly acknowledged that Limbo Creek is a public water and the County cannot not ditch public water without performing environmental review and obtaining a public waters work permit. Briefing for the case is expected to begin in Spring of 2021.

On November 3, 2020 the Renville County board denied a petition by MCEA for environmental review and then approved a proposal to ditch over one mile of Limbo Creek (called "CD 77 ditch improvement project.") The Minnesota DNR sends a letter prior to and after the action by the county board telling them that Limbo Creek is a protected public water and environmental review of the CD 77 proposal is required before it can be approved.

Minnesota DNR publishes two public notices and proposes to restore Limbo Creek and four other streams in Renville and Polk counties to the Public Waters Inventory (PWI). The notice also establishes that it is public policy that any stream or river meeting the definition of a "public water" is protected as one, even if it is not listed in the PWI. DNR opens a 90-day public comment period on the relisting proposal.

Petition asks the Minnesota DNR to correct the error in the Public Waters Inventory, and list Limbo Creek as a public water. Public waters are protected from modification without a permit.

DNR removes over 640 miles of waterways from Public Waters Inventory

Included in the order is the deletion of Limbo Creek as a public ditch, leaving Limbo Creek with no protection under Minnesota's public waters laws.

Landowners next to Renville County Ditch 77, which flows into Limbo Creek, petition to modify the channel of Limbo Creek to increase water flow.

Minnesota’s Public Waters Inventory erroneously lists Limbo Creek as a “public ditch.” This leaves the creek vulnerable to future proposals to turn it into a ditch. This error was never corrected, and Limbo Creek is listed as a ditch in the final PWI issued in 1985.

Read more about our work to defend Minnesota's water 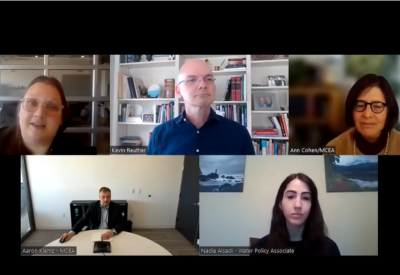 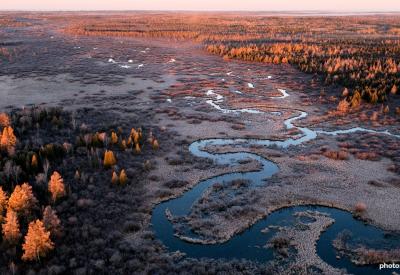 The EPA has concluded based on its independent evaluation that the “Section 404” wetlands permit previously issued to PolyMet would not protect the Fond du Lac Band’s water and the resources such as fish and wild rice that depend on it. 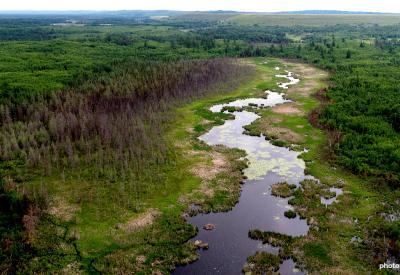