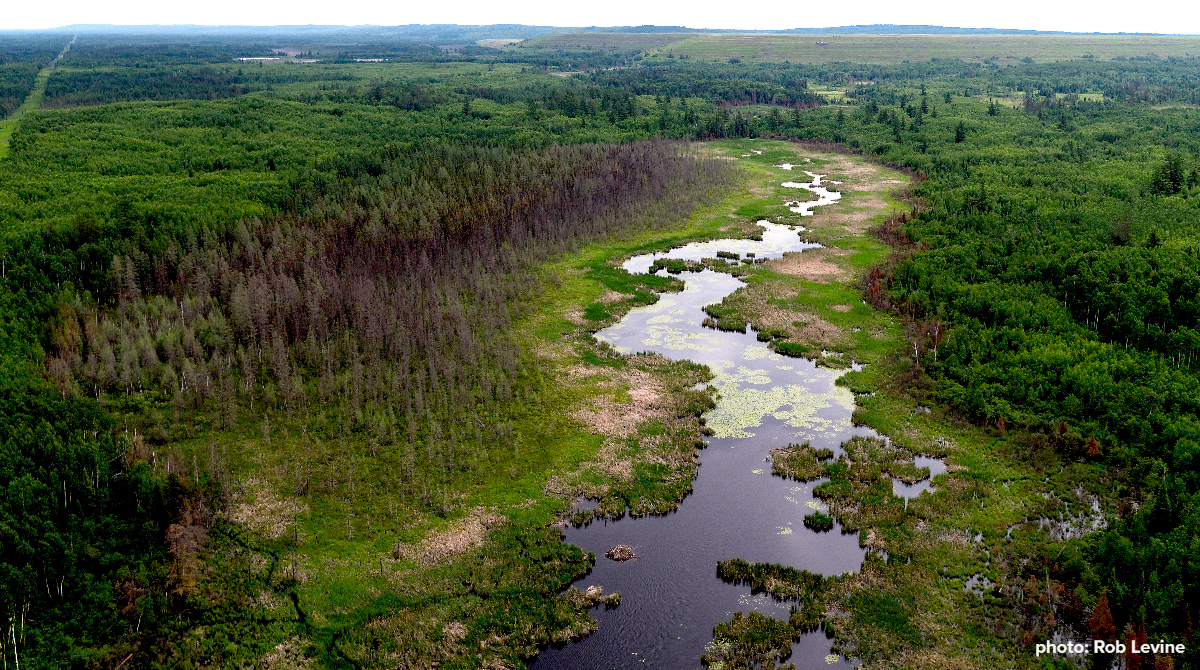 Last summer, the Fond du Lac Band of Lake Superior Chippewa formally objected to the federal “Section 404” wetlands destruction permit issued to PolyMet by the US Army Corps of Engineers in 2018. This past May, the Army Corps heard the Band’s objection at a three-day public hearing. At the conclusion of the hearing, the public was given the opportunity to submit comments through June 6, 2022. MCEA submitted a detailed comment supporting the Band’s science and urging the US Army Corps of Engineers not to reinstate the Section 404 permit. The U.S. Environmental Protection Agency also came out in opposition to this permit.

If built, the PolyMet mine would violate the Band’s water quality standards by increasing the levels of mercury and sulfate in the St. Louis River. MCEA’s comment -- prepared by our legal team and joined by Friends of the Boundary Waters, Duluth for Clean Water, Center for Biological Diversity, MN350, and several scientific experts -- details the flaws in the federal permit and PolyMet’s attempted defense of it. Here are some key takeaways:

1) In addition to destroying over 900 acres of key Minnesota wetlands, if reinstated, the Section 404 permit would allow PolyMet to degrade up to an additional 7,700 acres of wetlands through fragmentation, groundwater drawdown, changes in stream flow, dewatering, and atmospheric deposition of waste from mine activities. The health of the St. Louis River headwater wetlands is key to tribal resources, clean water, wild rice, fish, and human health. Indirect impacts to these sensitive wetlands have not been assessed in either the state or federal reviews of the proposal, a fact acknowledged by both MPCA and the Army Corps.

2) The suspended Army Corps permit requires PolyMet to “monitor” the wetlands. Yet, no court case suggests that it is acceptable for the Army Corps to issue a permit based on monitoring and mitigation after the fact.

From MCEA’s comment: “While monitoring may be acceptable to confirm mitigation is succeeding, it is not acceptable to determine whether impacts are occurring in the first place. These impacts must be identified before permit issuance.”

3) PolyMet relies extensively on suspended state permits in its defense of the federal permit. For example, in its effort to discount the Band’s science about indirect wetlands impacts, PolyMet relies on a seepage collection system that is supposed to prevent mercury and sulfate from the tailings basin from migrating to surface waters. But the efficacy of the seepage collection system -- or indeed whether it can be built at all -- has been challenged by a number of experts. PolyMet also relies on a proposal that uses a bentonite clay layer to control acid mine drainage and discharges from the tailings basin, but the Minnesota Supreme Court itself found the bentonite scheme is unsupported by the evidence. This scheme is the central issue in the pending contested case hearing ordered by Minnesota’s courts. In other words, by attempting to defend the federal wetlands permit with contested facts and suspended state permits, PolyMet is proposing a house of cards, stacking one faulty plan against another.

From MCEA’s comment: “Because the Minnesota Supreme Court has determined that the DNR lacked substantial evidence in support of its conclusions, and this holding directly impacts MPCA’s conclusions regarding water quality, PolyMet’s assertion that the state permitting process supports its claims about water quality is false, and therefore the Army Corps should not issue the proposed Permit.”

4) In its presentation to the Army Corps, PolyMet suggests that the metals produced at Northmet would be used in the clean energy transition, and therefore the mine is necessary to address the climate crisis. But PolyMet ignores the impacts Northmet would have on clean water and biodiversity, both also in crisis and key to our ability to adapt to a changing climate. And, PolyMet ignores the direct climate impact of destroying thousands of acres of carbon-sequestering wetlands. Even setting these impacts aside, the metals PolyMet would produce are not necessary for the energy transition. Copper is not on the 2022 critical minerals list; the amount of copper PolyMet would produce is vanishingly small; and PolyMet is under no obligation to even use metals produced at Northmet for clean energy. Simply put, these climate-related suggestions made by PolyMet in this process are disingenuous and unfounded. (Read more about the mining industry’s PR campaign around this issue in our new blog series “Mining the Climate Crisis.”)

From MCEA’s comment: “If built, PolyMet would produce only a small amount of copper compared to both U.S. and global production. PolyMet’s projected annual recovered copper production of 54.8 million lbs., or 24,856 metric tons, would contribute 2% to the 1,200,000 metric tons of copper produced by U.S. mines in 2021, or 0.12% to the 21,000,000 metric tons produced worldwide in 2021. If permitted, PolyMet would have lower production capacity than 16 of the 17 leading copper producing mines in the U.S., which represent over 99% of domestic production. In fact, an increase in the copper recycling rate in the U.S. by just 1% would produce the amount of copper that PolyMet projects that its NorthMet mine would produce.”

All told, thousands of comments were submitted by members of the public opposing this permit. A big thanks to all who have tracked this crucial and groundbreaking process and to all who have submitted comments. You can download the full MCEA comment and supporting expert reports here:

PolyMet seeks to construct NorthMet to make money. The Fond du Lac Band seeks to defend its homeland and treaty rights to preserve its culture. All Minnesotans seek to protect downstream communities and Lake Superior from permanent pollution. We believe that, if the evidence is considered in full, the Army Corps will reach the same conclusion we have: the Section 404 wetlands destruction permit cannot be reissued.