Minnesota is one of the fastest-warming states in America. Climate change is threatening our farmers, causing flooding, and costing every Minnesotan. It is also vying with the pandemic as the top public health crisis of the 21st century. Minnesotans are seeing the health impacts right now, including Lyme disease, poor air quality, worsening allergies, extreme heat and mental health impacts. These impacts are particularly significant for people of color and poor communities. Our children and grandchildren deserve a livable climate but we will fail to give them one unless we set science-based climate standards and then meet them.

Setting science-based climate targets and measuring our progress is the first step toward taking the bold climate action we need. Unless science-based standards guide our actions, we will fail in our efforts to address the climate crisis.  We led the nation when Minnesota set bipartisan climate standards fourteen years ago in the Next Generation Energy Act of 2007. At the time, those standards were consistent with climate science, but we have learned a lot since then. We must now update our standards to reflect the targets that scientists tell us are needed to avoid the worst climate impacts.

Representative Patty Acomb (DFL-Minnetonka) sought to address this issue during the 2021 state legislative session by introducing the Next Generation Climate Act. This bill would update Minnesota’s climate targets according to the best available science - including a target to achieve net zero greenhouse gas pollution by 2050. It would require that our government’s actions are consistent with these targets, and require annual reporting on progress toward meeting these goals. 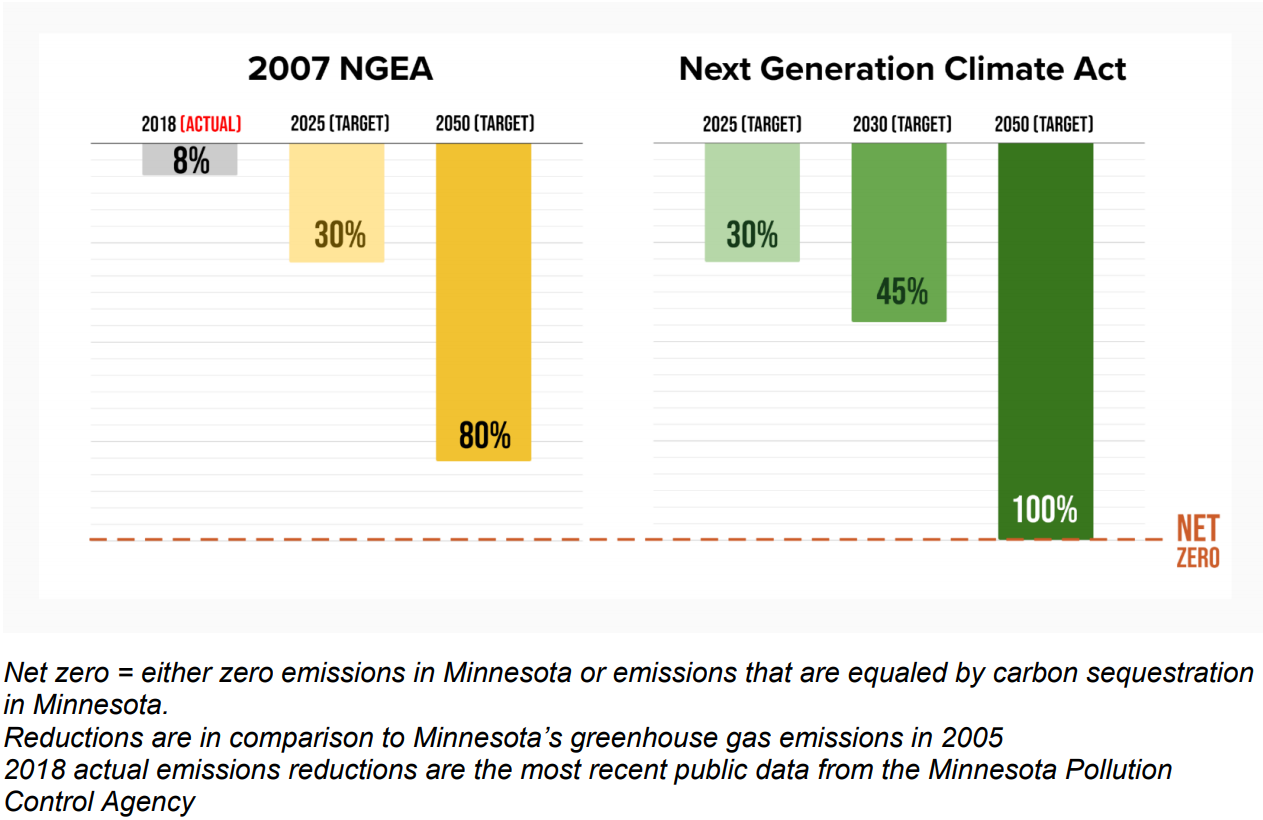 Minnesota democrats supported the Next Generation Climate Act, and included it as part of a set of transformational climate policy provisions in the House energy and commerce policy omnibus bill. In addition to setting science-based emissions reduction standards, that bill would set goals related to building electrification, establish a program to install solar energy on school buildings, and reduce barriers to siting solar farms. In April, the Minnesota House of Representatives passed the omnibus bill along party lines.

Unfortunately, although the Democratic House and Republican Senate agreed on a few smaller policy proposals, the Next Generation Climate Act and other policies that would meet the scale of the climate challenge were not even considered in the Senate. We have more work ahead of us to address the urgency of climate change and ensure that Minnesotans are not left behind during the clean energy transition.

The Next Generation Climate Act updates Minnesota's climate targets to match the recommendations of scientists, requires annual reporting on our progress toward these targets, and requires that governmental actions be consistent with these targets.

Support for Next Gen Climate Act 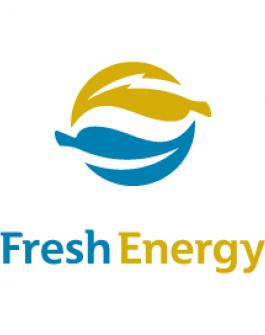 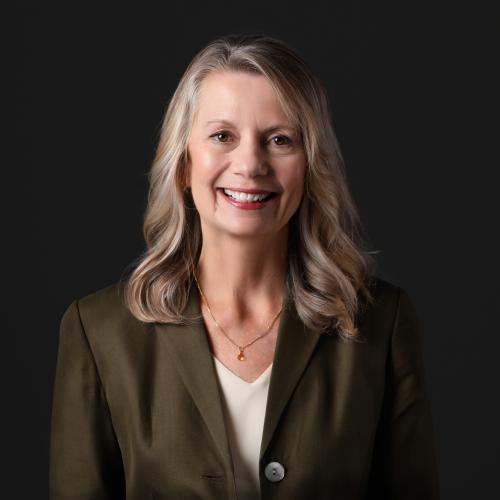 "Minnesota needs to update our standards to reflect the current recommendations of the Intergovernmental Panel on Climate Change. But updating the science-based targets alone will not get us where we need to be. Minnesota needs to add teeth to the law and require the government to take action to achieve the goals."

Legislative Session ends without passage of Next Generation Climate Act

Despite strong efforts by climate leaders in the legislature, the NGCA did not make it into the final version of the Commerce and Energy Omnibus Bill. MCEA is excited by the energy from supporters, both in the legislature and the public, for this necessary update to our climate goals, and looks forward to continuing fighting for it's passage during the next legislative session.

The Minnesota House of Representatives passes the NGCA as part of the commerce and energy omnibus bill.

The NGCA is included as part of a set of transformational climate policy provisions in the House energy omnibus bill.

The Next Generation Climate Act gets its first hearing, an informational hearing in the House Climate and Energy Committee.

The Minnesota Pollution Control Agency releases the 2018 data (the most recent) tracking progress toward the targets set in the 2007 Next Generation Climate Act, and finds that Minnesota has only reduced greenhouse gas pollution by 8% compared to 2007 levels.

As part of its recommendations to policymakers, the Intergovernmental Panel on Climate Change releases new targets for greenhouse gas reductions, including a 45% reduction by 2030 and net zero by 2050.

The Next Generation Energy Act of 2007 set a goal of 15% reduction in greenhouse gas pollution by 2015, but Minnesota missed the first target in the law.

“The best time to have taken action on energy issues would've been 30 years ago. The second best time is right now," Republican Governor Tim Pawlenty said while signing the bipartisan Next Generation Energy Act. "The nation has been asleep at the switch, but here in Minnesota we are kick-starting the future by increasing our nation-leading per capita renewable fuel use, boosting cost saving measures and tackling greenhouse gas emissions."