The untapped opportunities in a billion pounds of metal waste 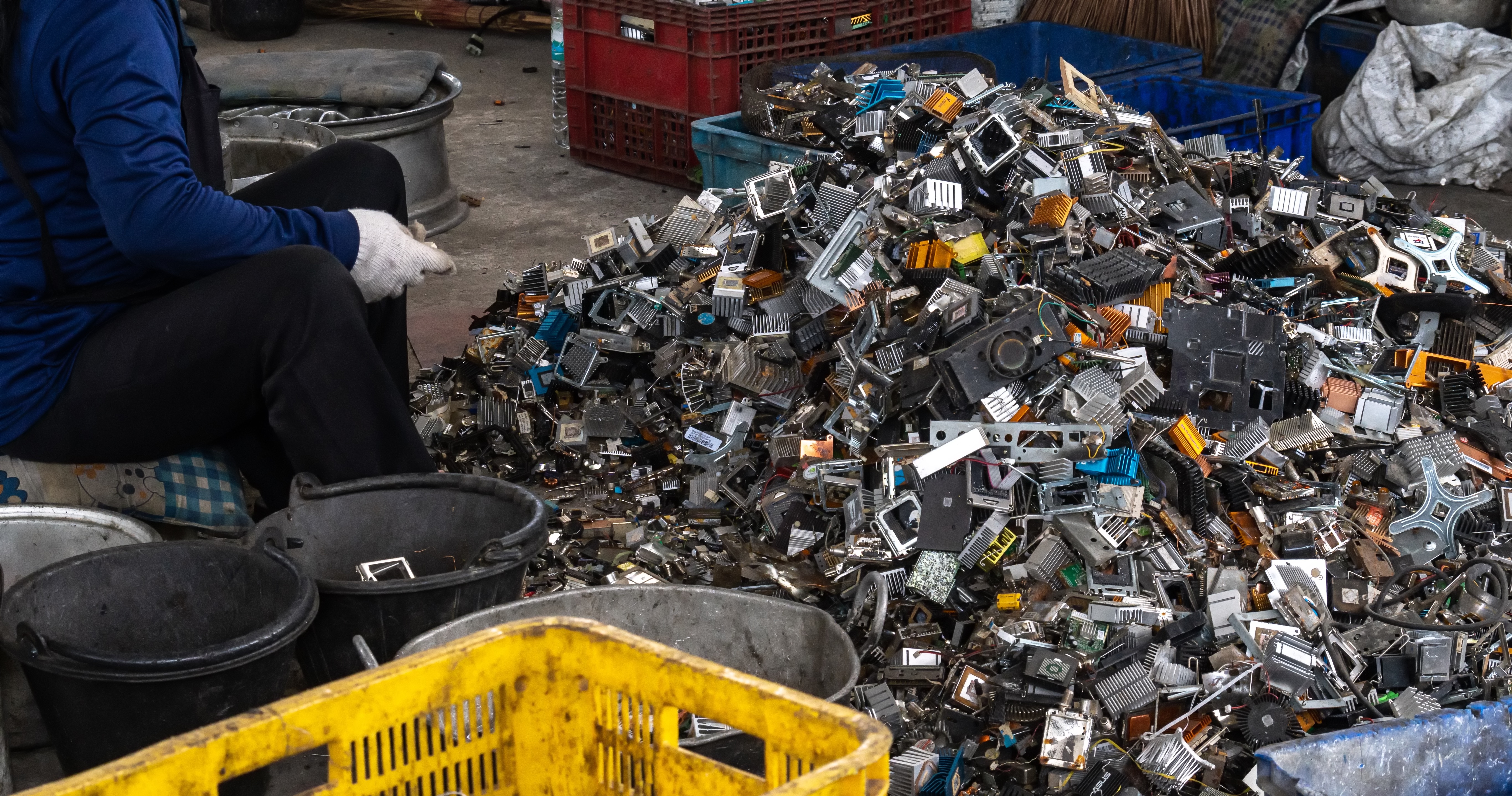 At the same time industry claims a need for new mining, millions of pounds of the very same metals have already been mined and refined, but are being sent to landfills, exported for recycling, and locked inside electronics and abandoned infrastructure across the country. In 2018, the U.S. sent over a billion pounds of non-ferrous metal to landfills from municipal trash alone. The immense scale of waste signifies vast, untapped opportunities to take advantage of the significant cache of metals already above ground and properly position recycling as our primary source of metals.

Traditionally, the U.S. has relied on foreign countries, mostly in Asia, to receive and recycle its waste, including scrap metal and e-waste that contains valuable metals. Exporting “waste” that contains metals deemed critical to the U.S.’s clean energy strategy was never a great idea. Now the consequences of inadequate domestic recycling capacity are becoming increasingly obvious as the need to decarbonize accelerates.

Exporting e-waste also creates environmental and health hazards for recipients. In Guiyo, China, children have elevated blood lead levels due to the air pollution from widespread informal e-waste recycling, and the city is congested with waste sent from around the world. The Basel Convention seeks to make trade safer by requiring the exporting country to get prior informed consent before sending hazardous materials, but the U.S. remains the only “developed” country that hasn’t ratified it. Since China banned imports of solid waste in 2018, our e-waste has created similar environmental justice issues in other countries.

On average, an American household has about 80 e-waste devices lying around. This estimate seems high until you count up how many products make the cut, from heavy appliances like refrigerators, to consumer electronics such as TVs and tablets, and even down to things like USB cords and phone chargers. E-waste is ubiquitous, encompassing everything that is no longer in use, and has a battery or plug.

In Minnesota, we captured only 23.7% of mixed electronics available for recycling in 2020. Minnesota’s Electronics Recycling Act requires manufacturers to take retired electronics back from consumers and recycle them, but the policy only applies to devices with large screens, like TVs. So while the program has successfully diverted hundreds of thousands of pounds of such electronics since it began in 2007, it leaves most e-waste sources unaccounted for.

RECYCLING IS LOWER IMPACT THAN MINING

Recycling has a much smaller footprint than mining for ore, both in terms of its social and environmental impact. It does not require excavating tons of earth, polluting clean water, destroying irreplaceable habitat–and often, it does not create the intense controversy or polarization so often associated with new mining proposals. With strong environmental and labor standards, domestic recycling can actually be a source of good-paying and safe jobs in the green economy, rather than a source of environmental injustice.

Recycling is also much less carbon-intensive than mining. Copper recycling emits 65% less greenhouse gas pollution than mining, and nickel recycling produces 90% fewer emissions. Additionally, since metals are already concentrated in waste, they are much more efficient to extract. For example, a ton of iPhones contains 300x the amount of gold contained within a ton of raw ore, and it is 13x more expensive to mine gold from ore than e-waste.

Ore grades also decrease as higher-grade and easier-to-access deposits are exploited, meaning targeted minerals are less concentrated in lower ore grades, thus requiring even more energy, excavation, and water to produce the same amount of metal. In other words, over time, the benefits of recycling metals over mining for them become even more pronounced.

IT’S TIME TO TIP THE SCALES TOWARDS RECYCLING

Other countries have long recognized the environmental, economic, and national security benefits of robust recycling programs. Japan has required producers to take back retired appliances since 2001. The EU e-waste recycling rate of 42% (compared to the U.S. rate of 15%) reflects its longstanding effort to make recycling free and easy for residents–and legally binding for manufacturers. And China already accounts for 50% of global battery recycling capacity, putting them in a strong position to capitalize on the first wave of EV batteries to retire in the early 2030s. While projects like the U.S.’s first custom copper smelter indicate progress, we will continue to lag behind other countries without a federal recycling policy.

Recycling in the U.S. is severely underdeveloped due to a lack of a comprehensive federal policy and low public investment. Without support, poorly funded municipalities are forced to send recyclable materials to the landfill, as the economics of recycling on a small scale often don’t pencil out. Yet as discussed in a previous blog, new mining is only a profitable venture because mining companies successfully export their social and environmental damages to surrounding communities. When clean water, intact ecosystems, and public health are factored into the equation – not to mention the fact that global e-waste was valued at $57 billion in 2019 – it’s clear that serious investment in metal recycling would be well worth it.

The time is overdue to level the playing field for recycling. For too long, corporate interests have succeeded in convincing policymakers and the public that the only source of metal is new mining. In reality, we’re sitting on vast reserves of metals already above ground. E-waste is just one example–landfill mining and reclaiming metals from abandoned infrastructure also hold promise. In Minnesota, 4.5% of landfilled material is metals, and another 1.2% is e-waste. Bold policy action is urgently needed to tip the scales towards recycling as a responsible source of metal for renewable energy technologies.

Rather than casting us into a future of mining at any cost, the clean energy transition presents an opportunity to revisit a fundamental question: Will we continue to let extractive industry’s interests determine how we meet society’s energy needs, or will we finally chart a more sustainable path–one that rightly considers people and the planet? A just transition to clean energy requires we choose the latter.